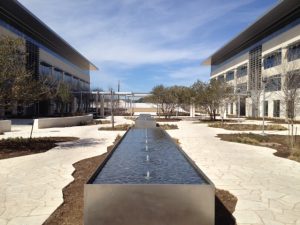 CompTIA named Austin the best tech city in the United States for the second year in a row. The Tech Town Index cited Austin’s relatively low cost of living, plus current and projected IT jobs, in its study that compared cities with populations greater than 250,000.

The report stated: “Home to 5,500 startups and tech companies, Austin has become a favorable alternative to the Bay Area and New York City for companies of all sizes that are looking to grow.”

CompTIA found that, over the past two years, more than 100 tech companies relocated to the Austin area, adding more than 4,600 jobs. Notable to the report authors were that Google, Facebook, Atlassian, and Oracle have thousands of workers in Austin and that Apple’s move to North Austin may add another 15,000 workers.

“With major tech players and startups alike calling Austin home, along with great schools, a thriving nightlife and an active, outdoor lifestyle, it’s no surprise that the city has been named the fastest-growing major metro area in the U.S. — and is the reigning No.1 Tech Town,” CompTIA authors wrote.